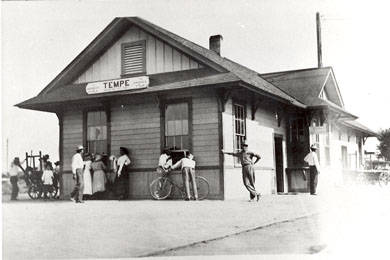 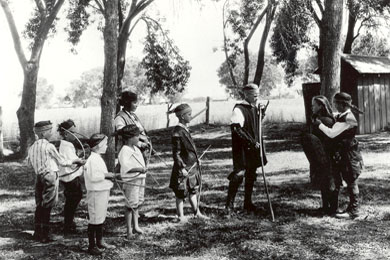 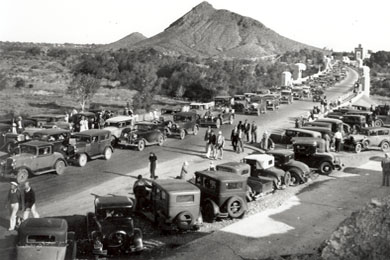 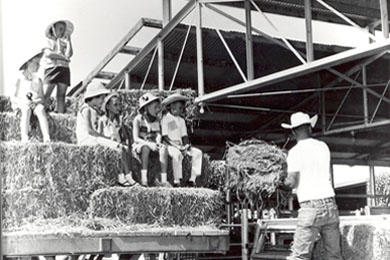 Welcome to 2021, a very special year for the city of Tempe. It is our Sesquicentennial!

In 1869, a former teacher, probate judge, merchant, and freighter on a journey from Tucson to Prescott, took advantage of a delay caused by high water in the Salt River to scale a butte on its shore, and survey the surrounding countryside.

From his elevated position, Charles Trumbull Hayden envisioned the farming potential the irrigable land offered. He soon began planning to relocate from Tucson to oversee the construction of a mill to process grains grown in the vicinity.

By 1871, Hayden was working to bring water to his prospective mill at the west base of rise he had climbed earlier, as well constructing a store and living quarters…thereby establishing the second settlement in the Salt River Valley.

One-hundred-and-fifty years have passed since the modest beginning when a handful of hardy souls took a chance on building a new community. With all the challenges they immediately faced, none could have imagined far in to the future what their efforts would ultimately lead to.

Now, in our Sesquicentennial year, the once tiny village of farmers and ranchers has grown into a thriving metropolis knocking on the door of 200,000 – making us the 8th largest city in Arizona. Tempe’s original 1.8 square miles has ballooned to just over forty.

This momentous year gives time to pause and reflect just how far we have come. Longtime resident, or newcomer, this is the moment to let the world know our love for and pride in Tempe.

Over the course of the year, the museum will feature exhibitions and activities telling the Tempe story. A year-long, wide variety of celebratory activities will punctuate our Sesquicentennial, culminating in November with a festival in Tempe Beach Park, on the footstep of where it all started 150 years ago. Keep up with all the happenings through the Museum’s and Society’s Facebook and website pages.

No Sesquicentennial year would be complete without memorabilia commemorating the celebration. Visit our online shop and continue to come back as items will be added, in limited quantities, as they are developed. All proceeds from the sale of these items will go to the Society to support the Sesquicentennial activities.

What Part Of Tempe History Do You Belong To?

Are you a member of a family whose Tempe roots go back as far as the community’s beginnings in the 1870s – or earlier? There were, after all, quite a few families around here even before the area became part of a new Territorial addition to the United States of America. One could say you “inherited” Tempe history – and have helped build upon it, generation after generation after generation.

Perhaps you are part of that intrepid group of “newcomers” who began swarming into Tempe in the post-World War II era (some of you may have used the G.I. Bill to attend Arizona State College). Your generation started an overwhelming population growth that tripled the town’s population in a decade, then more than double it again over the next 10 years.  Now you’ve been here long enough to not only consider yourself a Tempe oldtimer but to have added kids, grandkids and great-grandkids to the mix. You have taken your place as a major part of a change in the course of Tempe history, from a small rural agricultural town to a manufacturing/big business/university city.

Then, again, maybe you are fairly new to Tempe – coming here from somewhere else, but have already decided this is where you want to stay (and maybe raise another generation or two of Tempeans!). You are adding the new “chapters” to Tempe’s history and we will see what your contributions will bring to this city by the Salt River banks.

No matter which of the groups you belong to, Tempe History Society recognizes you as a key element to the essence of what is Tempe. You and your family will continue to add to the ever-changing chapters of Tempe’s history. And you can preserve and share those chapters by becoming a Tempe History Society new or continuing member. By doing so, you will become a partner in efforts to preserve, celebrate and educate present and future generations about Tempe’s amazing history and the people who made it.

Join us each week for a free activity for kids and families. This year, Tempe Time Machine has free take home kits based on the theme "Tempe 150" in celebration of our 150th birthday (1871-2021). Pick up your kit at Tempe History Museum (809 E Southern Ave, Tempe) every Wednesday in June and July during our open hours. If you can't make it on Wednesday, come by anyway to take a peek at our exhibits and see if there are any leftover kits.

Join us each week for a free activity for kids and families. This year, Tempe Time Machine has free take home kits based on the theme "Tempe 150" in celebration of our 150th birthday (1871-2021). Pick up your kit at Tempe History Museum (809 E Southern Ave, Tempe) every Wednesday in June and July during our open hours. If you can't make it on Wednesday, come by anyway to take a peek at our exhibits and see if there are any leftover kits.

Henrietta Soza Aguilar’s obituary appeared in the Arizona Republic on June 9, 2021. She was 87 years of age, born in Tempe on March 13, 1934. The obituary states the names of her parents, Henry and Victoria Soza; and recognizes her many children, grandchildren, and three siblings.   Henrietta was known among her family as “Keta”, the nickname in Spanish for …

The late restaurateur Leonard Monti Sr. once told a newspaper interviewer he wanted to be a “top-notch boxer,” but he broke his hand, putting an end to that ambition.  The article’s headline borrowed from the famous film line of Marlon Brando: “I coulda been a contendah.”    Instead, Leonard became Tempe’s best-known restaurant operator where just saying “Monti’s” was enough …